If you’re one of those who pay attention to the Forbes 400 Richest People in America list, and most of us do to varying degrees (yes, I’m speaking to you, the NPR/Sunday morning talk show circuit habitué who also frequently DVRs Bravo and TLC shows), then you might be aware of the chatter out of the financial news cycle of who will become the world’s first trillionaire. It’s since replaced previous speculation about which global companies might be the first to cross the trillion dollar threshold in terms of market capitalization, given that there are now five that are publicly-traded.

But while we wait on Jeff Bezos to be the first to crack the trillion-dollar personal wealth mark (business software consultancy Comparisun last year estimated the Amazon founder and CEO would do so in 2026, although Elon Musk, the newly-minted world’s richest man, may beat him to the door if he doesn’t end up converting his stock payouts to volatile bitcoins at a loss), $1 trillion still represents a monetary figure with its own rarified air, a number just out of the immediate comprehension of many. Nonetheless, it’s a base number that in current times is often bandied about when talking about gross domestic product (GDP) valuations and national debts. And that somewhat otherworldly number can be affixed to something else formidable in its own right – racism in America…

…$16 trillion, to be exact. That’s what a 104-page report released last September by Citigroup asserts was the cost to the US economy since 2000 as a result of discriminatory practices toward African-Americans. The lost figure is measured in terms of the US nominal GDP and can be particularly eye-catching when considering the fact that nominal GDP last year wasn’t considerably far ahead at $21.4 trillion. (The cost of racism figure exceeded China’s 2020 GDP, the world’s second largest.)

The report breaks down the costs of racism into four categories: (1) wages, (2) housing, (3) education, and (4) lending. Closing these gaps, according to the study’s authors, “is significant for facilitating homeownership, business, and job creation, plus establishing a pipeline for intergenerational wealth accumulation.” They also note the role that both the pandemic and the deaths of African-Americans in police custody – not to mention deaths like that of Ahmaud Arbery – had in 2020 in shining a light on inequality, a light more intense than in recent memory:

The COVID-19 pandemic and the deaths of several Black people while in police custody in rapid succession have laid bare the United States’ longstanding problem of discrimination against minority groups, especially against Black people. Moreover, it has laid bare how inequality has produced real economic costs and social losses.

Over the 20-year period, the authors state that:

• Wage inequalities between black Americans and whites has cost the American economy $2.7 trillion.

• Inadequate housing credit extended to black Americans – compared to whites – has denied an extra 770,000 Americans the opportunity to become asset investors through home ownership, resulting in a deficit of $218 billion.

• A lack of high quality preschools and K-12 schools has resulted in a weak pipeline for African-Americans to higher education and graduate institutions, costing the country between $90 to $113 billion in lifetime incomes that could have resulted in an uptick in the amount of goods and services purchased nationwide. To perhaps bottom line the point, the Citigroup report cites a study released in 2019 by the nonprofit think tank EdBuild, which points out that majority-nonwhite American school districts – more than 60 years after Brown v. Board of Education –  receive, on average, $23 billion less in funding compared to majority-white districts serving the same number of students.

• Inequitable bank lending to blacks compared to whites has denied African-American entrepreneurs the chance to pump $13 trillion additional dollars into the nation’s economy. According to the study, the disproportionate denial of credit to would-be African-American businesspersons has resulted in a potential loss of 6.1 million jobs created per year. (As of the most recent unemployment numbers released by the Bureau of Labor Statistics, an estimated 10.7 million Americans are currently looking for work.)

“Racial disparities are not simply a matter of individual choice and behavior,” stated the San Francisco Federal Reserve Bank in a primer on racial equity published on its blog site last June, of which the Citigroup report cited in its own work.

“They are a product of a complex and often invisible history that has limited options and opportunities based on race,” the San Francisco Fed added. “Many forms of racism, past and present, shape who benefits from economic opportunity.”

The Cost of Racism: Can It be Calculated?

There’s no telling how much of a return on investment that $16 trillion would’ve ostensibly generated over the course of two decades if it wasn’t lost to racism. And there’s no telling if any kind of monetary figure can actually be placed on institutional racism, however ambitiously attempted by an economic study. If nothing else, the report – and the trillion dollar number it produced – can be a good conversation starter.

“The first thing that came to my mind with the [$16 trillion] number is… what African Americans helped to build by not even getting any money at all, by having gone through slavery and never receiving any reparations,” Linda Loubert, an associate professor of economics at Morgan State University in Baltimore, told Suit & Artist. “And we have within our society institutional roadblocks that contribute more to that number.”

“The figure actually looked about right in our view,” Dana Peterson, a former global economist with Citigroup and the study’s lead researcher, told CBS MoneyWatch last November. (Shortly after the study’s release, Peterson left Citigroup to become chief economist of research group The Conference Board.)

“It's probably a lower bound of estimates on economic loss, as we didn't try to quantify the racial wealth gap,” Peterson added. “So adding on the opportunity lost in wealth would have generated an even larger and more sobering figure.”

Loubert thinks the study can be useful in getting the private sector to understand how discriminatory practices operate as opportunity costs to bottom lines. She believes a corrective example can be with minority-owned businesses given more opportunities to partner and transact with larger companies, potentially opening up new markets for those non-minority businesses.

“Looking at that huge number, maybe there are instances where corporations could say, ‘We're missing out on some profit,’” she said.

William Darity, a professor of public policy at Duke University, and co-author of the book, From Here to Equality: Reparations for Black Americans in the Twentieth Century, disagrees with the notion that racism is an opportunity cost to the economy at large. Rather, he believes it serves as a “redistributive mechanism,” an instrument of an economy built purposefully on keeping wealth out of black hands.

“I wish I could unequivocally endorse [the study], because it would mean that racism has been a cost to everybody in the US economy,” Darity told Suit & Artist. “And then presumably, if we were rational, we would do something about it. But I think it ignores the fact that racism really operates as a redistributive mechanism.”

“It's always startled me when people talk about collective losses to the US economy, when clearly there are members who have benefited from it,” Darity continued, denoting most of those “members” as being white Americans. “And to the extent that the economy has for most of the 20th century experienced reasonably high rates of economic growth, I'm not sure how you can talk about racism stunting the performance of the economy as a whole.”

Darity does believe that among the four factors the study cited as driving the cost of racism, issues with lending and wages might be initially easier to tackle. However, he doesn’t seem to put much faith in the private sector rectifying the problem, and instead advocates for public services like postal banking, which he believes could help spare African-Americans from enduring credit discrimination that might subsequently compel them to seek lending from predatory financial services.

Darity also favors the introduction of a federal job guarantee program for all Americans. Beyond that, he calls for a reparations program that factors not only the toll of unpaid labor from slavery, but legally-backed segregationist and discriminatory practices towards African-Americans that were enacted post-slavery towards the end of the 19th century, and which continued throughout the 20th century to cement economic disenfranchisement.

As for whether a new presidential administration under Joe Biden would take up such measures, Darity at the time said he wasn’t optimistic that would be the case under a Republican-controlled Senate (Note: Darity spoke to Suit & Artist before the January 2021 special elections in Georgia that awarded that state’s US Senate seats to Raphael Warnock and Jon Ossoff, which gave the Democrats control of the Senate.)

“Definitely by the 2022 election cycle, that would have to be reversed for these types of policy options to have a serious chance of coming into being,” Darity adds. “So, it's not so much what the administration prefers. It's really what types of laws Congress are inclined to enact.”

In the decades since the passage of the Civil Rights Act of 1964 and the Voting Rights Act of 1965, more black Americans report feeling less optimistic about racial equality today than 20 years prior. Whatever might happen as far as Congress and/or the Biden Administration taking up measures over the next four years – and possibly beyond – to close the racial wealth gap, the calls to do so figure to grow louder given the vociferous social protests of 2020 still fresh in the consciousness of many.

And regardless of what one thinks of the study, perhaps its ultimate value might prove in getting more people to think about the economic harms of racism that have pervaded the lives of black Americans (as well as other non-white Americans) throughout generations, which have constricted opportunities for black socioeconomic advancement in a variety of ways that last year’s social unrest put on display both nationwide and around the world.

“What researchers can continue to do is quantify, not just the social but also the economic, costs of racial injustices and inequality,” said Peterson last year to CBS MoneyWatch. “More importantly, researchers can quantify the benefits of a more civil and just society in terms of dollars and cents, which may be more difficult to ignore.” 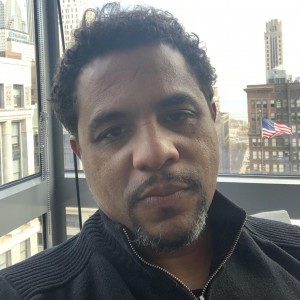 Kyle Coward is a freelance writer who lives in Chicago. He has previously been a mental health professional and a healthcare business reporter. 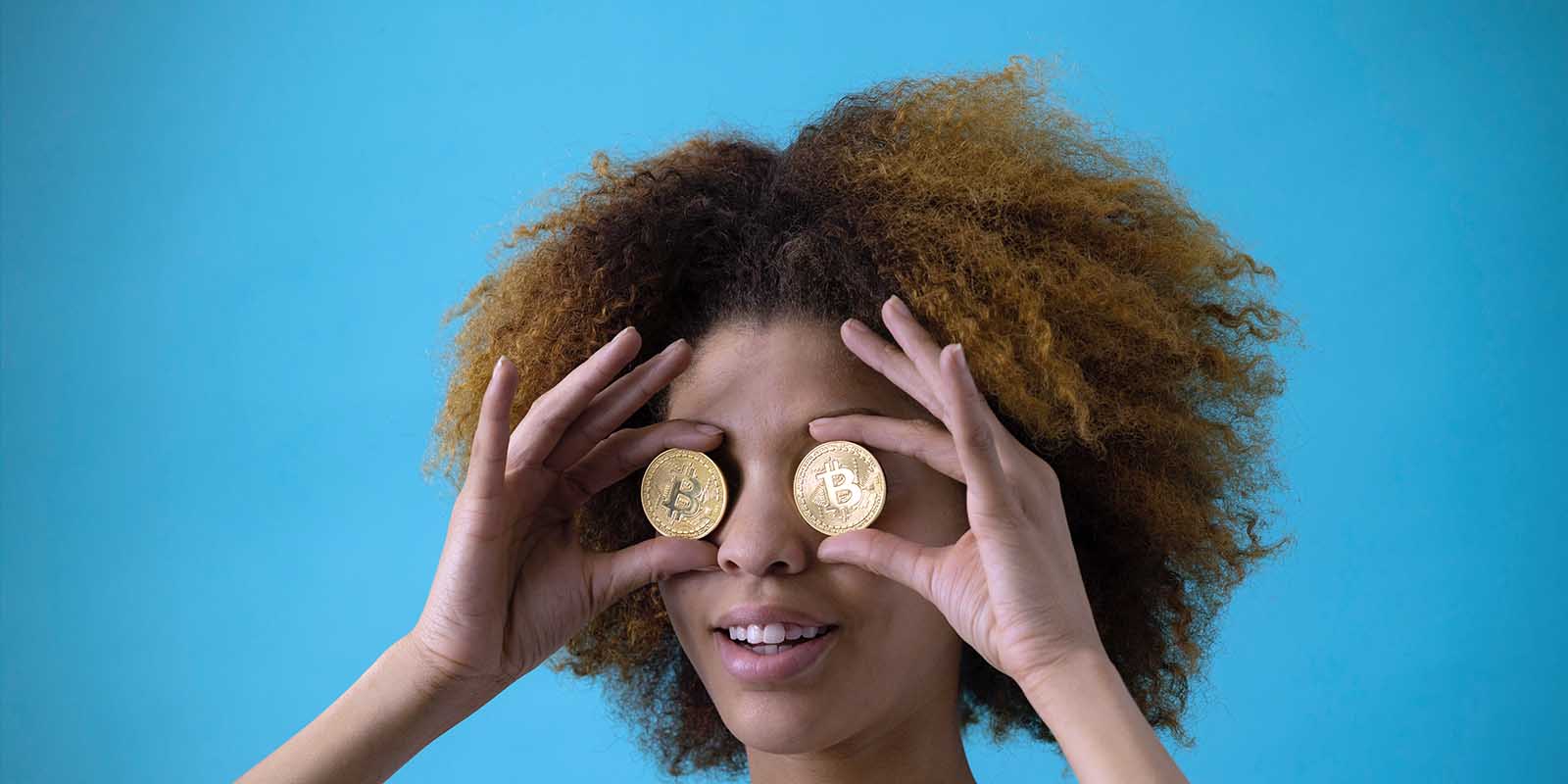 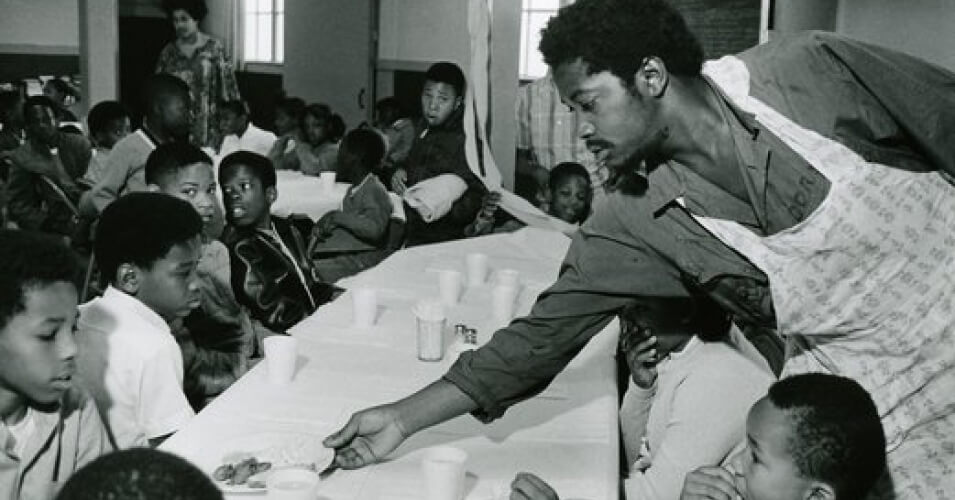 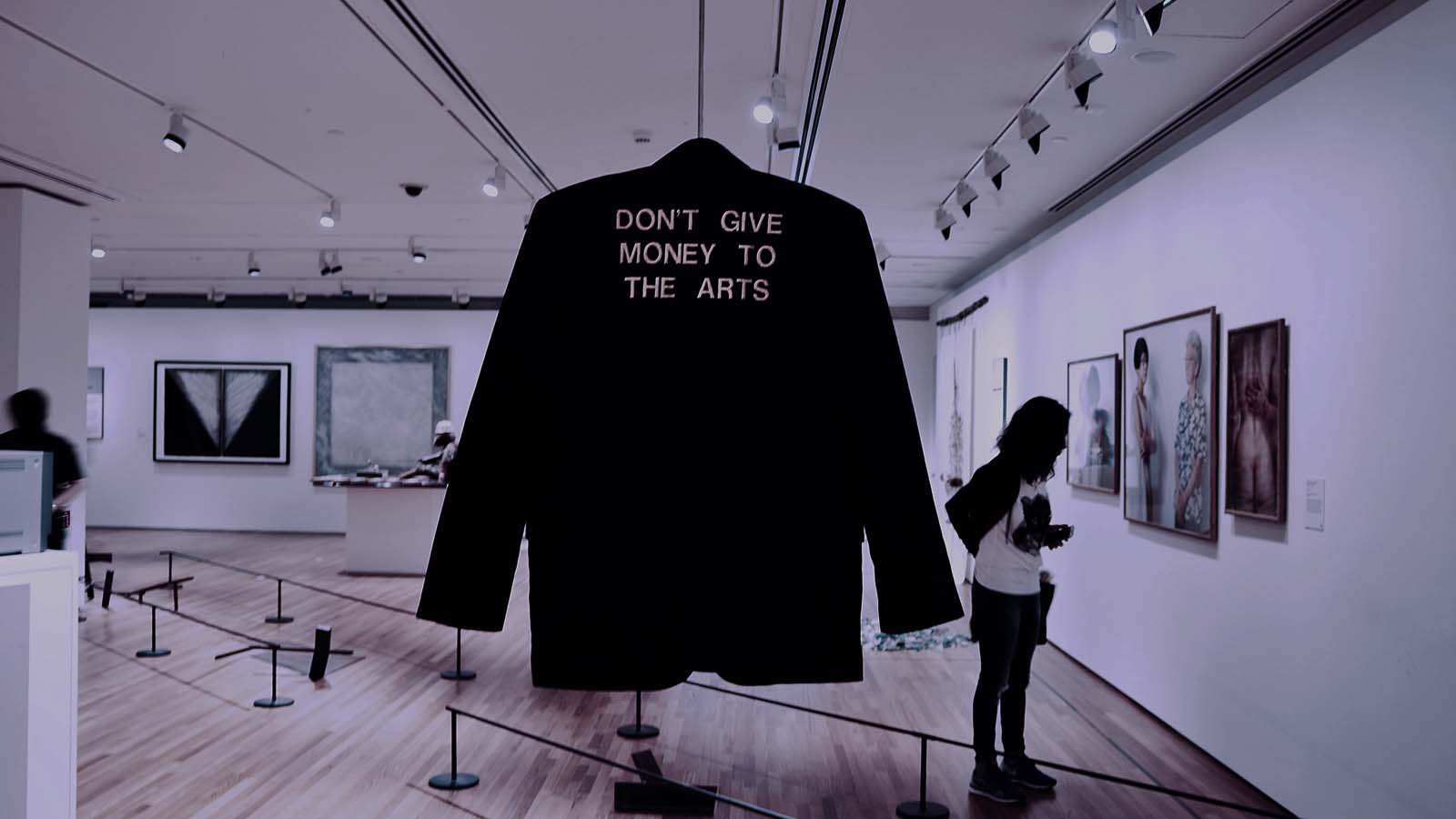 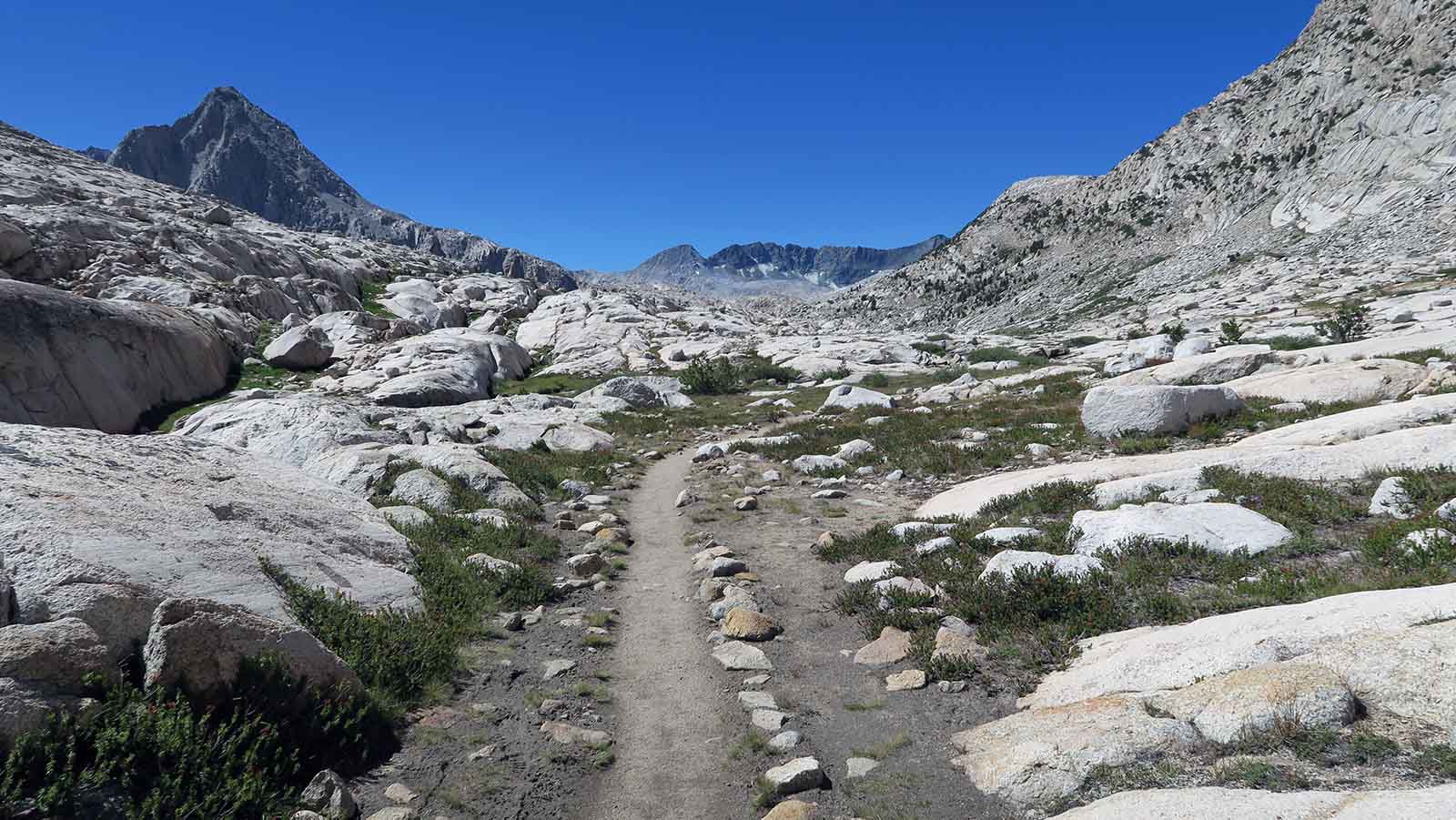 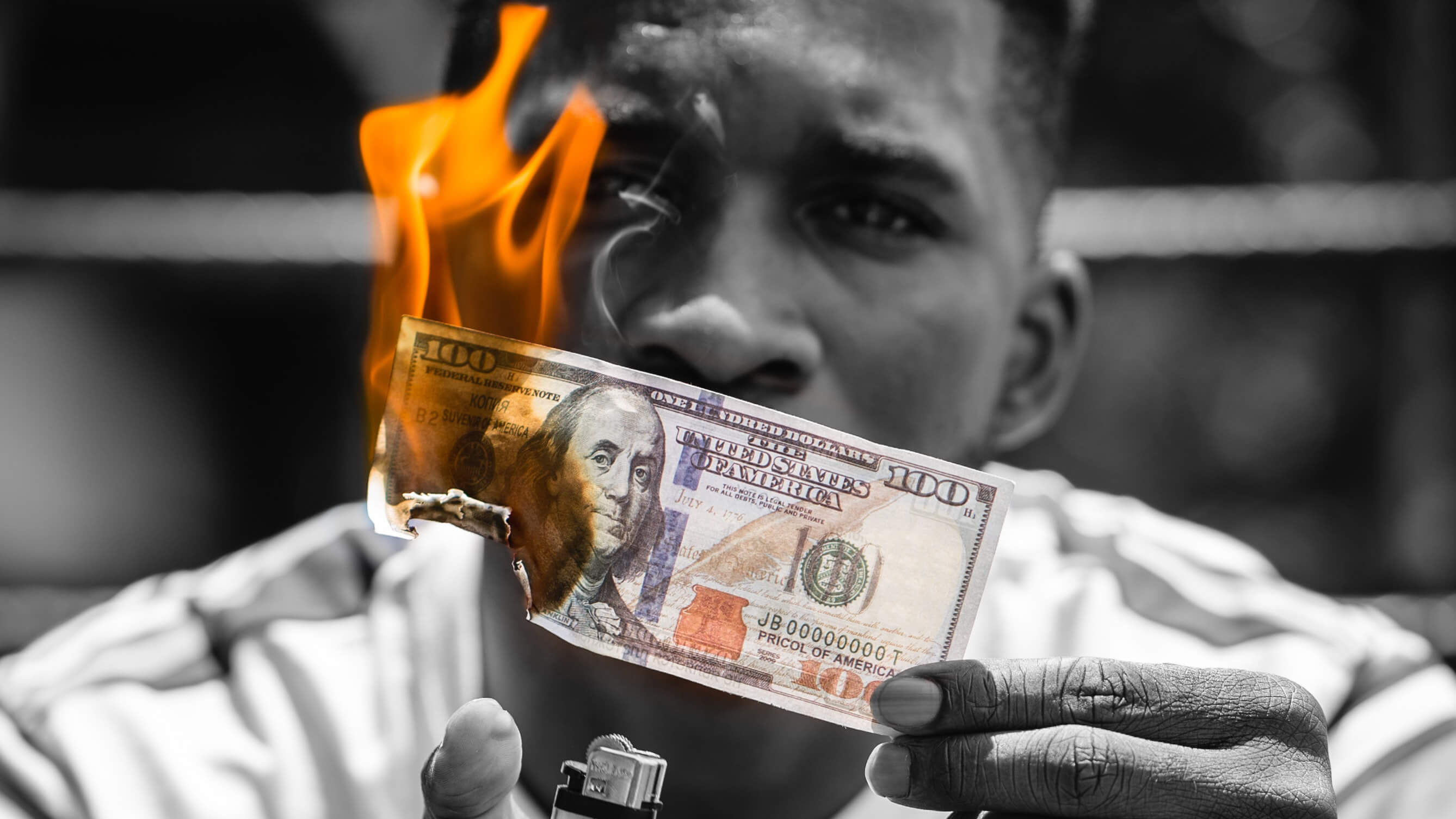 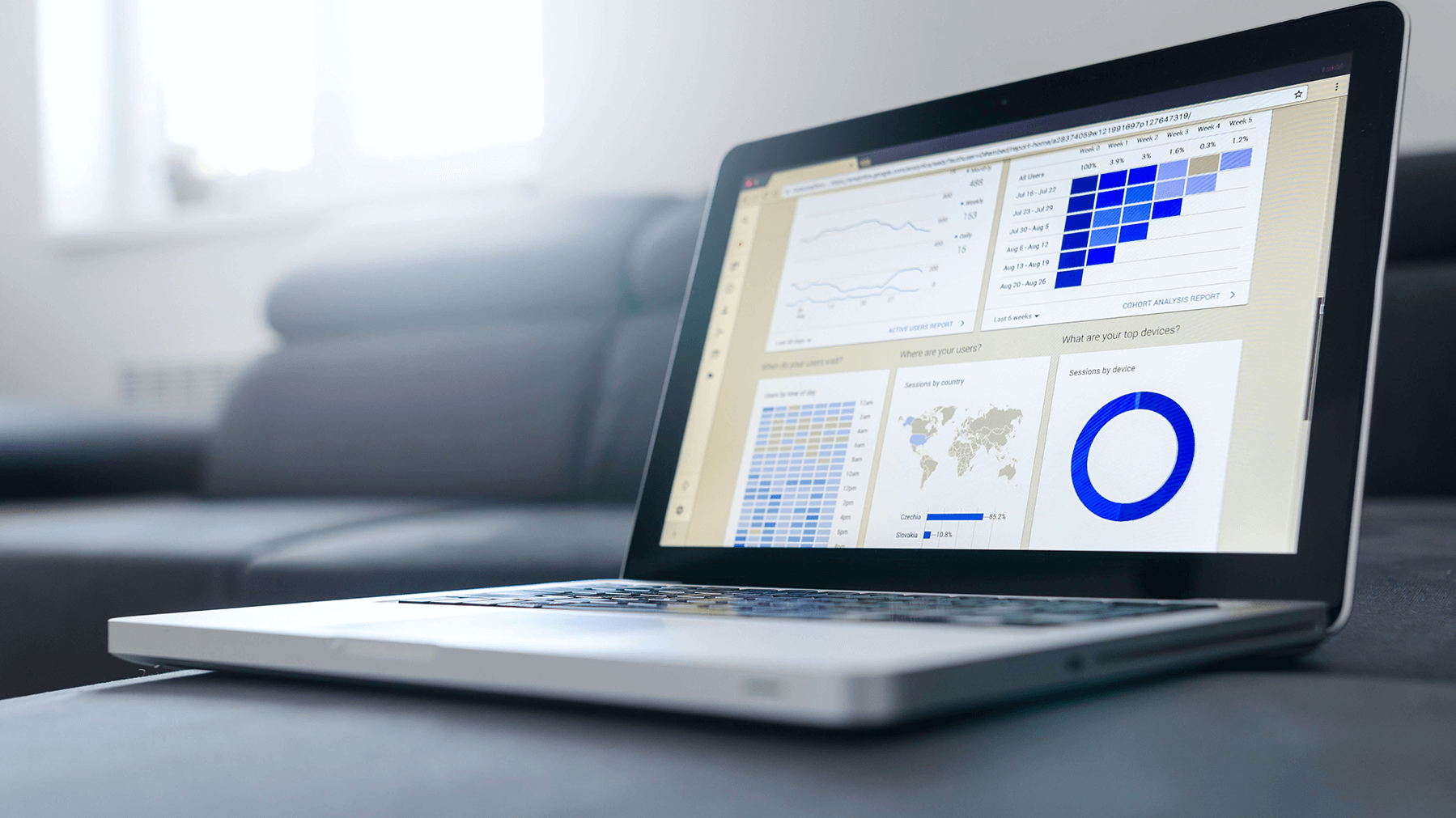